Leave the EU with this deal? Where did it go wrong?

To leave the EU has risks as I have discussed several times over the last few years. A deal could mitigate those risks. Or not! I haven’t studied the final deal but I know it’s better than no deal – probably only just. It’s not what we might have had but for the government’s red lines. I hope this article will help us understand how we got to where we are. There were mistakes at every stage. On the way, we might learn lessons that we can apply to our businesses or other aspects of life. You might also like to look at something I wrote about negotiation which definitely applies here.

Calling the Referendum: challenging the Leave side

Did we have to have a referendum? It is not the way we usually decide matters. David Cameron called the referendum in order to placate the extreme Europhobes in the Conservative Party and to prevent UKIP from taking more Tory votes. He expected a Remain vote to settle the question for years to come and silence the troublemakers. The assumption that Remain would win probably explains the lack of any road map for what to do after the referendum if Leave won.

Setting the Question: Leave or Remain!

Because the government expected a Remain vote, little attention was paid to the framing of the question. A simple Yes or No would do. There was no provision for a third option or a further referendum to differentiate between a ‘hard’ or ‘soft’ Brexit. If the country really wanted a no-deal solution, we need not have wasted time negotiating. Alternatively, a vote for a Customs Union or similar would have spiked the guns of the extremists.

Nobody seems to have thought how a Leave vote would affect Northern Ireland in the light of the Good Friday Agreement. Should Ulster have had a referendum on whether to have a border in the Irish Sea, a hard land border, or something like the controversial backstop?

All in or all out?

I remember the referendum on Scottish and Welsh devolution in 1979. Wales voted for the status quo, but in Scotland the results were confusing. The big cities of the centre voted for the devolution proposals, but the Highlands and Islands rejected them decisively. I think the Lowlands were more mixed. The British Government argued that it was not right to go ahead with changes that a small majority concentrated in one area wanted, when such a large minority rejected the proposals. Everyone accepted that the final decision rested with Parliament.

A trade union cannot call a strike lawful, even after a ballot, unless it has secured a majority of the membership, not just those who voted. Non-voters presumably do not want a strike. There could have been a provision in the legislation requiring a minimum turnout or a minimum percentage of the whole population on the grounds that non-voters were probably not keen to leave the EU. Similarly, many countries will allow changes to the constitution only if there is a two-thirds majority. Would we have accepted 50% plus one vote?

Many people think both sides performed very badly. Remain allowed the term Project Fear to stick, by failing to put a positive case for  EU membership. They had no answer to concerns about immigration. At first, they accused Leavers of being racist. When that backfired, they largely kept off the subject, even when Leavers did make racist arguments. Jeremy Corbyn sometimes spoke sensibly about the underlying issues behind fear of immigration, such as inadequate public provision for additional services in relevant areas of the country, but it came too late and not loud enough.

As for the Leave campaign, the criticisms have been made many times. £350 million a week for the NHS? Was that a joke? The nonsequiturs, the confusing of the European Court and the European Convention of Human Rights with the EU, the promise of continued frictionless tariff-free trade, the ambiguity as to the fate of EU citizens already living here (remember Windrush?). The Remainers did not adequately challenge any of these.

Complacency was the Achilles heel of the Remainers.

Many people have said they voted Leave because they were fed up with the government, with being ignored. Whichever way they voted in general elections nothing changed. This was a chance to be heard. They didn’t care much about the issues. They wanted all political leaders to take them seriously. Some had assumed Remain would win, but a close vote would send a message. Few politicians noticed this phenomenon until it was too late. Which rather proves the point that nobody was listening!

The Labour Party thought Brexit was a problem the Tories had made for themselves and Labour would do best by doing least. Give them enough rope to hang themselves. They too assumed a Remain victory was inevitable. Just at this time, Labour had a leader who was highly controversial and who was probably a Eurosceptic if not a true Brexiter. He could not contribute much to the Remain campaign. Also, many Labour MPs were unwilling to be on the  same platform as a Tory, even when they were on the same side. Labour’s internal divisions came at a particularly unfortunate time. Some voters did not know which side Labour supported.

David Cameron resigned as soon as the result was announced. This was a time when we needed strong leadership. For all his shortcomings, he might have made a better job of managing the party and the negotiations than his successors. He could hardly have done worse. He had, after all, led a coalition government. That must have taken some negotiating skills.

Mrs May’s first mistake was that she acted as if she was negotiating on behalf of the Conservative Party, not the whole UK. She could have taken a joint approach, collaborating with leaders of the other parties and of the Scottish, Welsh and Northern Irish governments. She could have remembered that she was representing the 48% as well as the 52%. Such an approach would have undermined the extremists in her party. A customs union of some sort would have avoided most of the problems over Northern Ireland and would have made a Scottish demand for another independence referendum less reasonable. 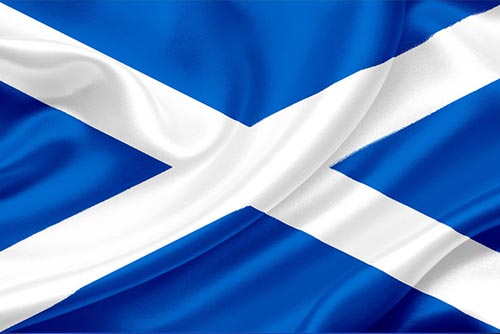 The Scottish Saltire. Will the Scots leave the UK?

Calling the election was a big mistake. Apart from the fact that it resulted in a hung parliament, it distracted from Brexit, to no benefit. The resulting dependence on the DUP was an embarrassment.

When Mrs May got a deal provisionally agreed with the EU it was rejected by parliament. Several versions of it! The trouble was that the extreme Europhobes would never accept any deal, but she tried to placate them. On the other hand, the rest had no majority for any one solution: a customs union, a second referendum, even calling off Brexit.

Labour failed to vote for Mrs May’s deal. A Tory who was later a leadership contender, Rory Stewart, pointed out that if Labour helped get the deal past, they could try to improve it at a later stage. However, they seemed determined to defeat the government at every opportunity, presumably hoping to force a general election, since they were optimistic as a result of their improved performance in 2017. Throughout all this, most people were uncertain of Labour’s policy and many were impatient with them for simply delaying Brexit to no apparent benefit.

When the extremists succeeded in defeating Mrs May, there was a large field of candidates to replace her, most of whom were either Remainers or willing to get as good a deal as possible, but most were either unknown or unpopular in the party, and they failed to unite around one candidate, opening the way to Boris Johnson. The party seemed to overlook Boris’s many character flaws and past mistakes, which made him unsuitable for the job. His lack of principle, his lack of attention to detail, his inability to think ahead and his inconsistency should all have ruled him out. There was no need to argue about his gaffes and alleged racism and misogyny.

After another period of stalemate, where all the opposition parties and many Conservatives tried to prevent a no-deal Brexit, Labour gave in to Tory demands for a general election, because they thought they could win. They underestimated their leader’s unpopularity with the public. They also continued to produce confusing statements about Brexit. Meanwhile, the Liberal Democrats, who had been consistent in their opposition to Brexit, promised to call it off, without another referendum. The slogan ;Get Brexit Done’ obviously appealed to a lot of voters, and Boris found himself with a majority of 80. It is hard to believe that no party picked up the votes of the 48% let alone those who voted Leave but were having second thoughts now the facts were becoming clearer.

If Remainers were depressed at the start of 2020, nothing has happened since to cheer us up. Boris negotiated a deal wihch looked a lot like Mrs May’s but without the Irish Backstop. Instead, we got a border in the Irish Sea and promises that it wouldn’t affect trade between Northern Ireland and the rest of the UK. All we needed was a free-trade agreement which everyone on both sides of the Channel wanted. What could be easier? It now seems almost anything! All year the same issues have divided the two sides and movement seems to have been glacial. Deadlines have come and gone. A no-deal Brexit was not in anyone’s interest and wouldn’t happen. Or would it?

Let’s go back to the beginning. Well, not to the Romans, just before the referendum. For years, politicians have portrayed dealings with the EU in terms of conflict. Us and them. Anything unpopular the UK government did was usually blamed on the EU. Never mind the fact that our government supported it or even initiated it. People rarely tried to explain it. It is similar to the way managers blame some provision in an insurance policy for turning down a dangerously irresponsible suggestion rather than tackling it head-on.

The Blame Game – do you play?

Already, people are pointing fingers: remainers at the government, leavers at the EU. Looking back as I have, I see plenty for everyone to be ashamed of. What about you? Who do you blame for failures in your business? Or where did things start to go wrong? Is there anyone you are not listening to? Workers, clients, suppliers? Are you asking the wrong questions? Addressing the wrong risks? Perhaps you need a Risk Management consultation. Or you could read my book, Load the Dice, a Guide to Risk Management in Small Businesses.